I am analyzing long series of events using heatmaps. Values of the column are most of the time 0 but occasionally are 1 unfortunately the rendering behaviour often hide the 1 occurrences because of the 0 surrounding them. I have tried to use antialiased=False but it did not solve the problem:

This code reproduce the issue: 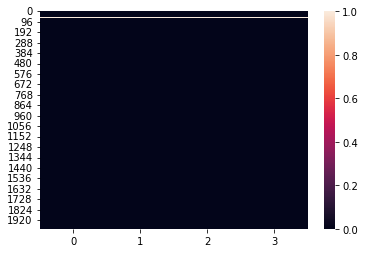 There should be 4 lines instead only one is visible. Of course, if I stretch the plot I have better results but still some values are hidden.

I would like to force the rendering of isolated values. Is there any way to get this behaviour?

P.S. I need heatmaps because I compare multiple variables with float values, so spy for instance is not a good option for me.