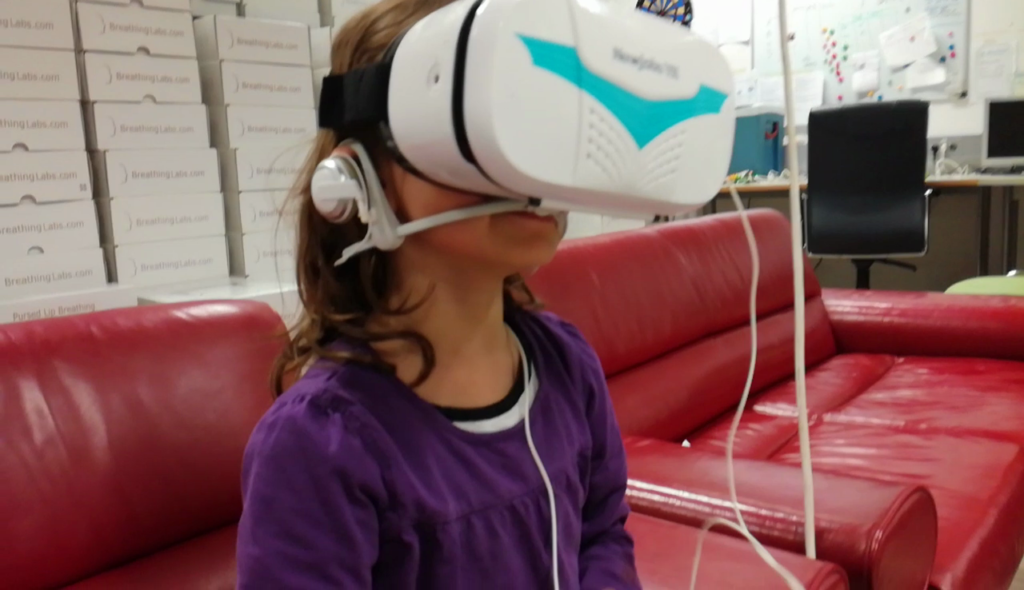 We use breathing games to recondition a stress response from inhaling to an exhaling breathing pattern which increases parasympathetic activity of nervous system. It can help alleviate some of the symptoms of stress and anxiety related disorders such social anxiety disorder, post-traumatic stress disorder (PTSD) and ADD. In addition to helping kids cope with ADHD.

Practicing pursed lip breathing expels air that was previously trapped in the lungs. This air is saturated with water and CO2 resulting in dehydration. Thus the patient is required to drink some water after the exercise.

In elderly patients a short-term dizziness is possible therefore after exercise the patient should rest for a while.

PLB can be used as a 10-20 minutes daily systematic respiratory exercise to train breathing in complex with other rehabilitative activities.

Did you know? Frequent or constant activity of the sympathetic tone imposes a lasting impact in the form of high blood pressure and disturbed digestion that may lead to stomach ulcers.