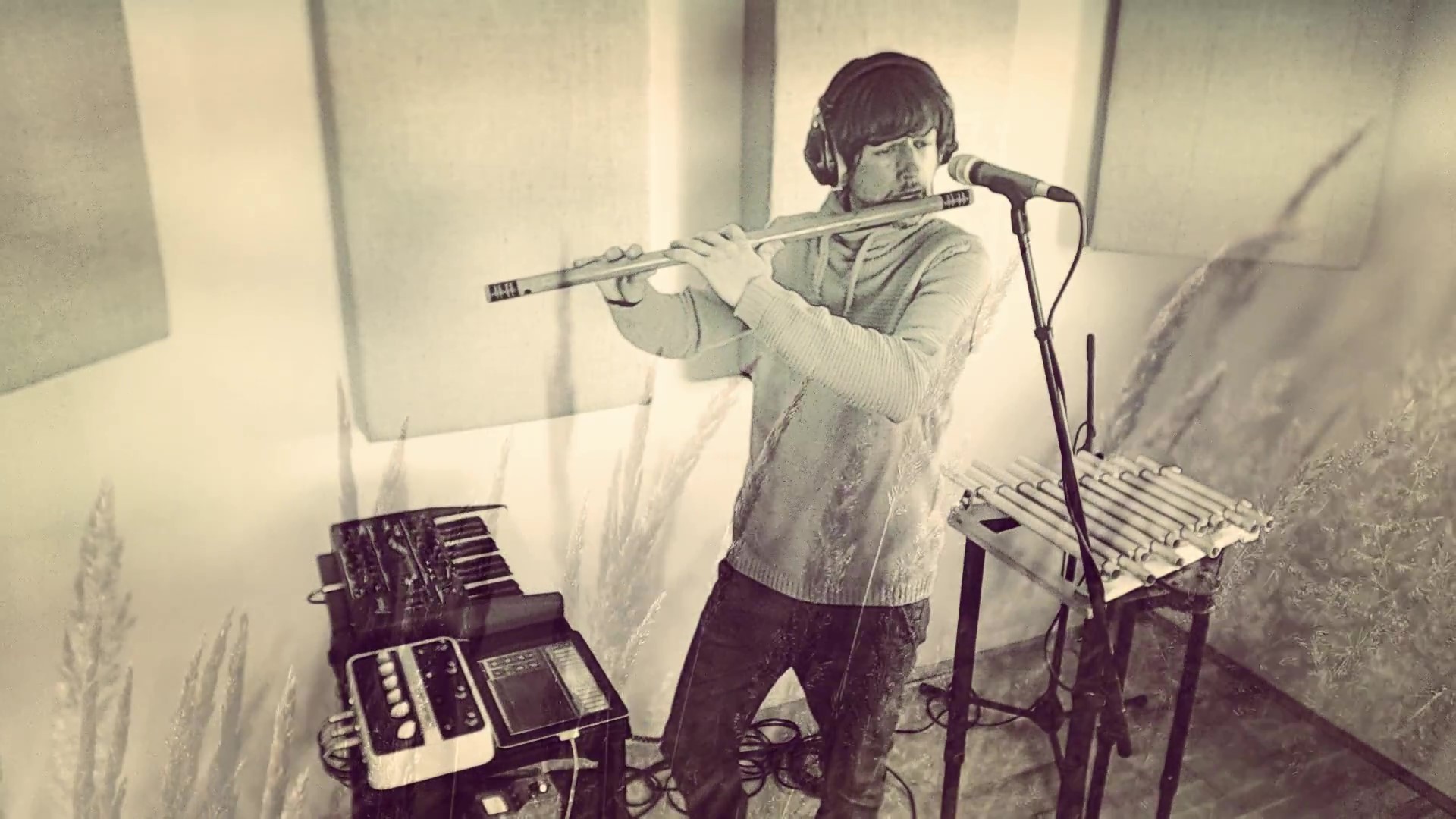 Rok Koritnik is a composer, a performer, and music instruments maker, making his own flutes, kalimbas, percussion instruments and studio gear. Today we talk to him about his exploration in art and music technology.

Do you consider yourself to be an artist or an engineer? Do you think there are benefits in combining those two fields or is engineering just something you need to do in order to be able to do art?

Both, but engineer sounds a bit geeky, so I rather use the term producer. I became a music engineer out of necessity. Back in the 90’s when I played drums in various bands we were always frustrated with the work of mixing engineers who mixed our recordings. At that time we were trying to do it ourselves in order to get the sound we wanted and eventually when I embarked on my solo journey the involvement with the technical side of music production was inevitable, thus I’ve put together my first “bedroom studio” in 2004. What I started to do out of necessity quickly became my passion, so I can say that I’m equally passionate about the creative, right brain stuff as well as the technical, left brain processes. In electronic music these two get married perfectly.

In your music you use some high quality pads and synthetic sounds, are those samples or do you use sound synthesis?

In my Alphavoyager “Synesthesia” project I only use synthesized sounds and no samples, apart from a few notes of a sampled piano in one song. A lot of my pad-like sounds actually come from different “mangled” reverbs and delays. I use this incredibly cheap Zoom stompbox that is filled with unusual reverbs and delays which can produce pad-like atmospheres. Our Supersoul Connection project is a different story alltogether. There I use lots of samples and sometimes even build a song around a particular loop that I take from old, lo-fi Indian recordings. Then this is merged with dirty, programmed drums and mostly analog synthesizer sounds.

Is your music performed live or do you track instruments individually? How much processing do you use in mastering?

Synesthesia project is live. I gave myself a challenge to perform live and mix everything on a small mixer as I go, recording only the stereo mix from the mixer. Nowadays we’re very spoiled because a lot can be fixed in post production, but here I wanted to go old-school, so the only control over the material I have later is mastering.

In regards to mastering, most of the time I master my material myself. I mostly use digital processing with occasional use of my DIY Vari Mu tube compressor when I feel it’s worth going out of the computer into the analog realm. I use as much processing as necessary, but I rarely perform very intrusive operations. It’s mostly dB here and a half dB there.

What is your favourite live music setup, what instruments do you play most often?

For live performance I like a minimalistic approach. I enjoy performing with just one or two synths, a sequencer, some effects boxed and a flute. In general I’m quite a minimalist. I strongly advocate that less is more!

Do you use any digital VSTi? Do you use those live (in real-time)?

I do use VSTis. I’m a fan of Vital synth, which is very deep and is a sound designer’s heaven. I also use Tal Audio Bassline a lot and in the past I’ve been using Korg’s Legacy Collection extensively. While VSTis can be very handy in studio work, I can’t see myself using them live. In fact, I seriously doubt I’ll ever perform with a laptop. I do use an old iPad 3 tablet with Steinberg Micrologue and Moog Animoog as my polysynths, but this is quite different from using a laptop.

You also make custom flutes? Can you tell us more about that?

I’ve been making flutes for the past ten years or so, but recently limited this to my own needs only. I have made a selection of flutes I like and need in my music, so basically my flute needs are more or less covered now with some Indian bansuris, a hybrid (Macedonian-Turkish) kaval and an ancient, resurrected Anasazi flute which hasn’t been played for more than 900 years, but has experienced a revival in the past few decades. Each of these flutes has a particular character that I go for, depending on the song, but many times the flute’s sound and the melody I come up with dictates the development of the song.

Where can we follow your work and do you have any special projects coming up?

I’m planning a small Alphavoyager couch tour where I’ll go more minimalistic than ever before. I’ll see what I can squeeze out of an old  iPad as a two channel mixer and effects unit, one analog synth, one delay box and a few flutes. I’m looking forward to it!